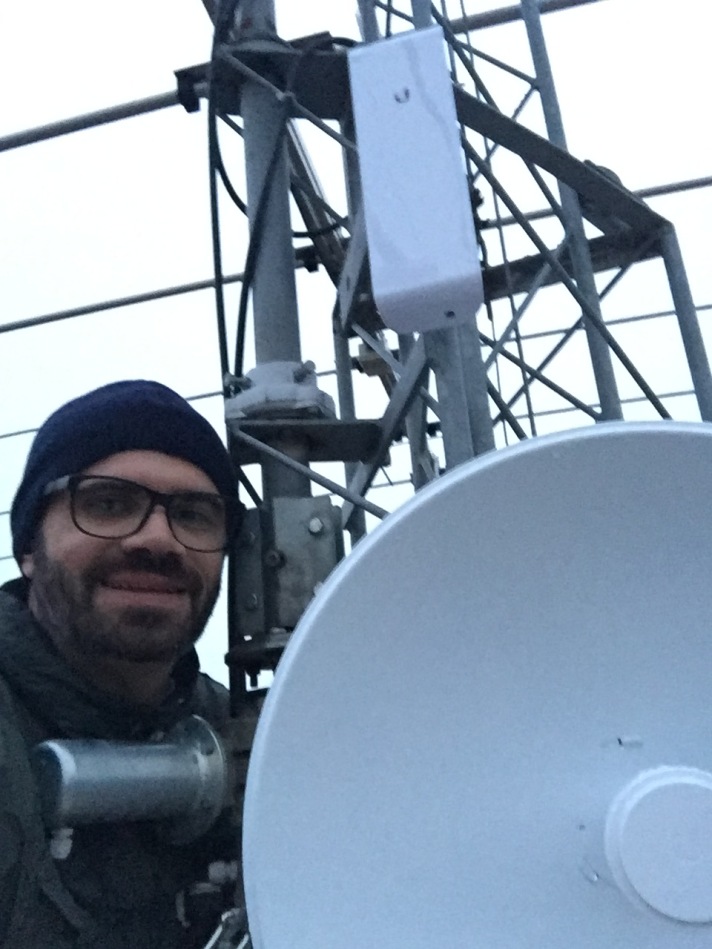 Brief history of my Packet Radio and Wi-Fi activities

I’m going to describe my hamradio activities in the early 2000’s, particularly in area of packet radio, which was my preferred.

I became a member of local ARI (Associazione Radioamatori Italiani) club in 1997, when I was only 17 years old and I was attending the school (Technical Institute for electronics and telecommunication). In that period I knew Piero I7IGX,  one of the first packet radio experimenter in my zone, who managed the local packet node IR7BA. In those years, internet was weakly entering in people houses by slow telephone modems (33Kbps or 56Kpbs).

When I became familiar with packet radio, thanks to I7IGX, I helped the local ARI club to improve and add features to the packet node IR7BA, and I learned with I7IGX how to work with TCP/IP over AX25, with the famous Softwares JNOS (DOS).

A lot of TCP/IP routing experiments  were conducted together with Raffaello Di Martino (ex IW7CHV, now IZ0QWM), and his brother Raffaello (ex IW7EAS, now IW2OHX), between IR7BA and Bari Nodes.

Also and a FTP, HTTP and mail servers were activated and a simple website with basic information was developed for IR7BA.

The increasing number of users of BBS, the frequent file downloads through YAPP protocol and the curiosity for packet radio, highlighted the real bottleneck of the packet network: the speed.
IR7BA had two main access ports: VHF@1200baud and UHF@9600baud and there was no internet connection in the first period.

In 1990, Dr, Matjaz Vidmar S53MV (a true idol among packet enthusiasts) published on “CQ Elettronica” Magazine some projects for home-made Wide-Band FM Radios and Modems, capable of 38400baud packet traffic at 430MHz. They were very innovative projects: even stripline technology was used for the RF sections!

In Italy and Slovenia, a fast network called “Supervozelji” was growing thanks to these 38400baud radios. Some years later, Matjaz Vidmar published a project for 1,2Mbps radio and the Italian Backbone was consequently upgraded. The early 2000’s represented, for me, the golden age of the Italian packet radio.

Here below, a picture of me, IW7BNO, IW7DWL, IW8DDV and other Apulian packet radio enthusiast at the bottom of IR7GRA node (Gargano, Apulia): 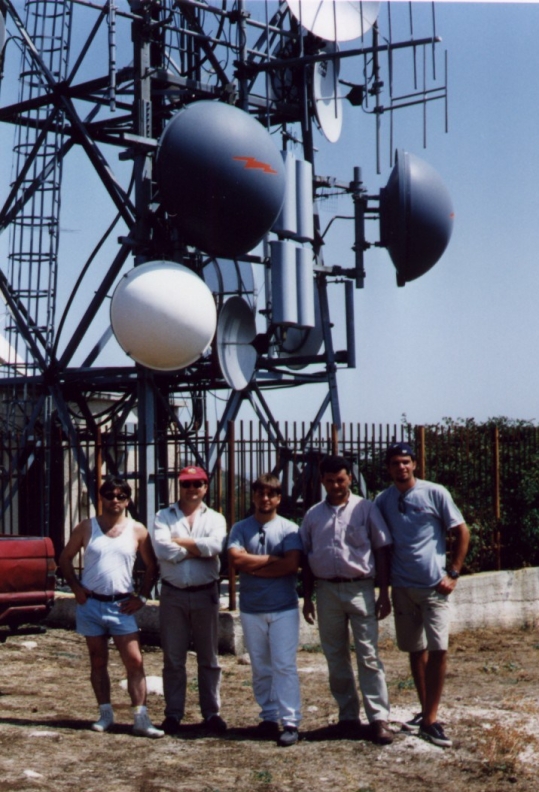 I7IGX proposed to me to build a couple of radios and modems, at 435MHz and 1,2GHz. In those years, I was attending the University (Electronic Engineering) and the free time for the hobbies was very limited. I started to build the radios, although I didn’t have all the necessary theory and practice.

Thanks to the help of Lorenzo IW6OCM, the UHF radio was successfully built and tuned, together with the Manchester modem and a SCC (Serial Communication Controller) PCI card, which was necessary for an efficient serial flow control between the modem and the PC.

Here below, a picture of 70cm radio is reported: 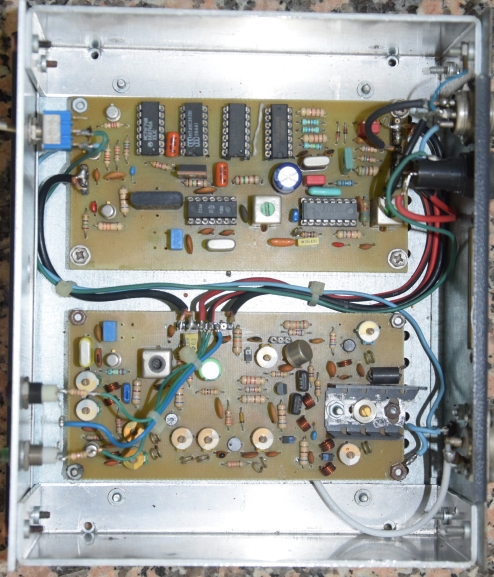 Thanks to this radio, IR7BA was successfully linked at 38400bps to IR7GRA, owned by Angelo IW7BNO, another packet-radio enthusiast who managed several packet nodes in my region.

I built another UHF radio on the same frequency of IR7BA, and I reached another important milestone:

The first audo/video-call, using Microsoft Netmeeting, was done from my house Piero I7IGX, which was connected via ethernet on IR7BA. It represented the fulfillment of an old dream.

Here below, you can find a picture of IRBA equipment. I built all the equipments in the aluminum boxes 🙂

Being very proud of these first results, together with Fabio IW7DWL, I finalized the 1,2GHz radio. In those years, the RF instruments were very expensive and were difficult to find for a ham use. With courtesy of one my professors, I was able to use, only for few hours, the spectrum analyzer of my Technical School, and finally me and IW7DWL got our radios working. The link was established at few Kilometers, from me to Fabio’s house, but the link was good.

Here below, a picture of 23cm WBFM radio is reported:

I was very satisfied, because in those years I was studying electronics and telecommunication at university, I could do practice on the hardware! I spent a lot of time and a lot of nights soldering, building and making tests in my lab.

In the 2003/2004, IR7BA was equipped with an internet connection and became an internet-gateway.

After some years of experiments with these radios, the Wi-Fi started to spread among the ham world, and the packet network was slowly upgraded with wifi links, especially the backbone links.

In the same years, together with Piero I7IGX, Nicola IK7SMY and Mauro IW7AVY, we developed a Bi-quad antenna for 2,4GHz and we enclosed a D-Link DWL-900AP+ access point in an outdoor box with a home-made power-over-ethernet system. Another important success was reached in 2003: the first local link upgraded to Wi-Fi!

Here below, some pictures of the home-made wifi outdoor box: 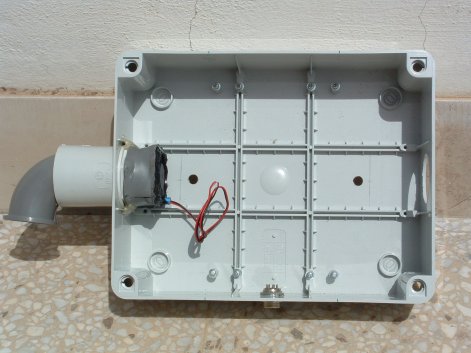 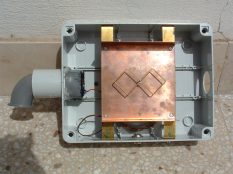 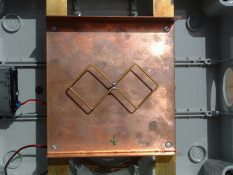 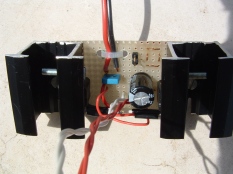 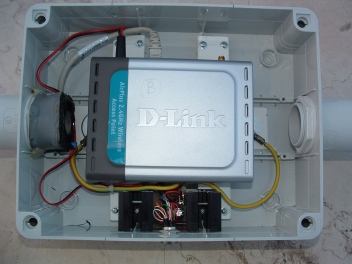 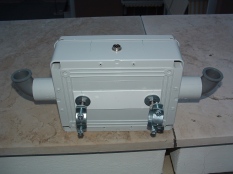 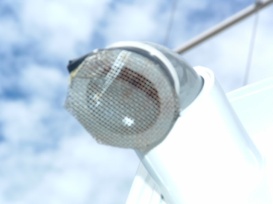 For furher details of the outdoor box project, see this website (italian, developed in 2003)

In the next years, other antennas were developed, built and installed on IR7BA: a vertical collinear, and a 3D-corner reflector, for longer links.

Here below, some pictures of 3D home-made corner reflector antenna (thanks to Mauro, IW7AVY for the nice manufacturing of copper parts): 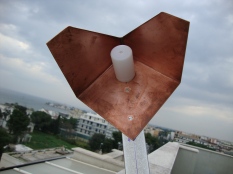 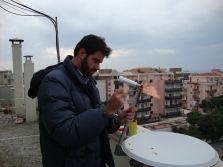 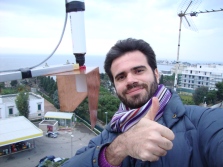 In the next years, domestic access to internet became very fast and cheap, thanks to the ADSL connection. The interest for packet radio started to decrease and I had to move to Rome for work. IR7BA continued to live until 2010, when a thunderstorm and other technical problems on the equipment arised and there were not enough users to justify the effort for the system maintenance.

I continued my experiences with hamradio TCP-IP on 5,7GHz. I experimented mesh-networks and OLSRD protocol, joining ninux group (one of th world’s most active mesh neworks group) end applying hamradio IP numbering (44.x.x.x) on the nodes.

Here below, me after succesfully installing a Wifi link between me and IZ7YDL (about 20km distance):

Nowadays, the packet radio is limited to aprs and other simple applications, but while I wrote this article I felt very nostalgic of this beautiful period of my life, when every information was not so easy so find because it was not ready on google, when it was necessary to keep in touch with other colleagues much more than today in order to increase the technical knowledge and to find solution to the technical problems, when I spent entire nights just to see packets decoded on my CRT screen and, yes..it had the taste of a fantastic conquest. yes, I know that I’m getting old 🙂